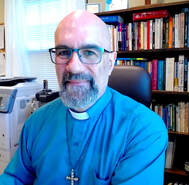 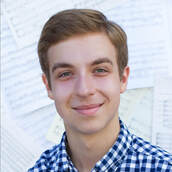 We welcome the return of Jordan Klotz in 2022 as our Music Director.

​Alberto Lisboa, our office manager, was born in the south of the island of Puerto Rico. Since he was very young, he felt great interest and attraction for spiritual things. As the years went by, he became interested in Biblical theology and ancient languages. In pursuit of these interests, he studied at the Theological College and finished a degree in Biblical Theology with a concentration in ancient languages.
For 13 years, Alberto worked as a Minister in the Seventh-day Adventist Church. Continuing his postgraduate studies, he completed two masters degrees: one in pastoral counseling and the other in Administration, concentrating on strategic plans for companies.

Alberto likes to share with people, saying of himself: “I am a simple, kind person who knows how to listen. I like to learn new things from others, see their work techniques and combine them with mine. I like being with my family; I have a very beautiful and kind son, and I also take care of my mother with great affection.”

Alberto is very grateful to God for the opportunity to work at CCP to use his talents, experience, and knowledge to advance God's work on earth and to be useful to him and to his church.