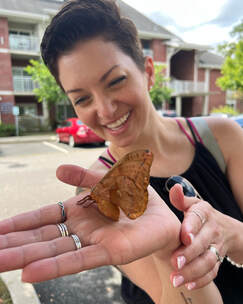 ​Denise Carrell, Pastor
​
Denise Carrell is senior at Princeton Theological Seminary in the Master of Divinity program. In 2022, she was awarded the Earl F Palmer Award for Excellence in Expository Preaching and Teaching the Bible from Princeton Seminary. Before seminary, Denise served in youth ministry for 16 years, and in 2018 earned the Certification in Youth and Theology from the Institute for Youth Ministry at PTS. Denise worked in media, advertising and communications for 7 years, and in 2016 was awarded two Addy awards for excellence in commercial production.
​Denise is passionate about the intersection of gender, preaching, and teaching in the context of youth ministry and beyond. She is an advocate for gender and social justice that transcends the binary.
Denise and her husband, Jonathan have been married for 22 years, and have two incredible children: Bethany (20), and Milo (17). ​
Email DEnise 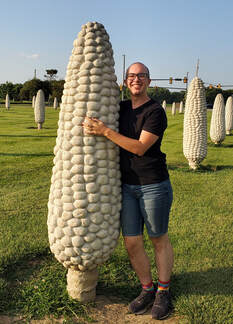 Jason Steiner is a music minister originally from Maplewood, New Jersey. He was most recently the inaugural Music Resident at Westminster Presbyterian Church in Dayton, Ohio. He holds a B.A. in Music from Westminster Choir College, where he studied primarily with Jim Goldsworthy and Alan Morrison; he completed part of his coursework at Princeton University, studying queer theory, Asian religions, and the intersection of those fields. He is a passionate music educator and maintains a private piano studio. Outside of music, he loves Jesus, birdwatching, and telling people that he's vegan in hopes it will come through solely through manifestation, in that order.
Email Jason 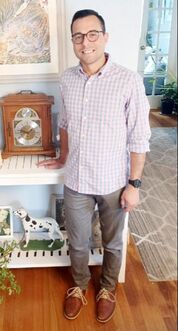 Alberto was born in the south of the island of Puerto Rico. Since he was very young, he felt great interest and attraction for spiritual things. Alberto studied at the Theological College and finished a degree in Biblical Theology with a concentration in ancient languages.
For 13 years, Alberto worked as a Minister in the Seventh-day Adventist Church. Continuing his postgraduate studies, he completed two masters degrees: one in pastoral counseling and the other in Administration, concentrating on strategic plans for companies.
Alberto likes being with his family, and caring for his mother. He also has a teenage son.
Email Alberto
Church Council
​
Rev. Bob Moore
Chris Phelan
Rev. Ted Hardgrove
Sally Zarnstorff
Rev. Jacqueline Rotteveel
Carol McCollough